Cornell Tech is putting on hold all upcoming campus tours in accordance with the recommendations from the Governor of New York, the NYC Mayor and Cornell University leadership to preserve the health and safety of all visitors and the campus community during the current COVID-19 crisis. We hope you will check back to see when we are able to resume our general campus tours as well as our art tours. We look forward to welcoming you to the Cornell Tech campus as soon as it is safe to do so. Please check tech.cornell.edu/coronavirus for more updates on campus operations.

Catch the Tram at 59th street and 2nd Avenue. Campus is just south of the Queensboro bridge station.

The Astoria route of NYC Ferry will connect you to a landing just east of campus. Here’s the latest route and schedule. 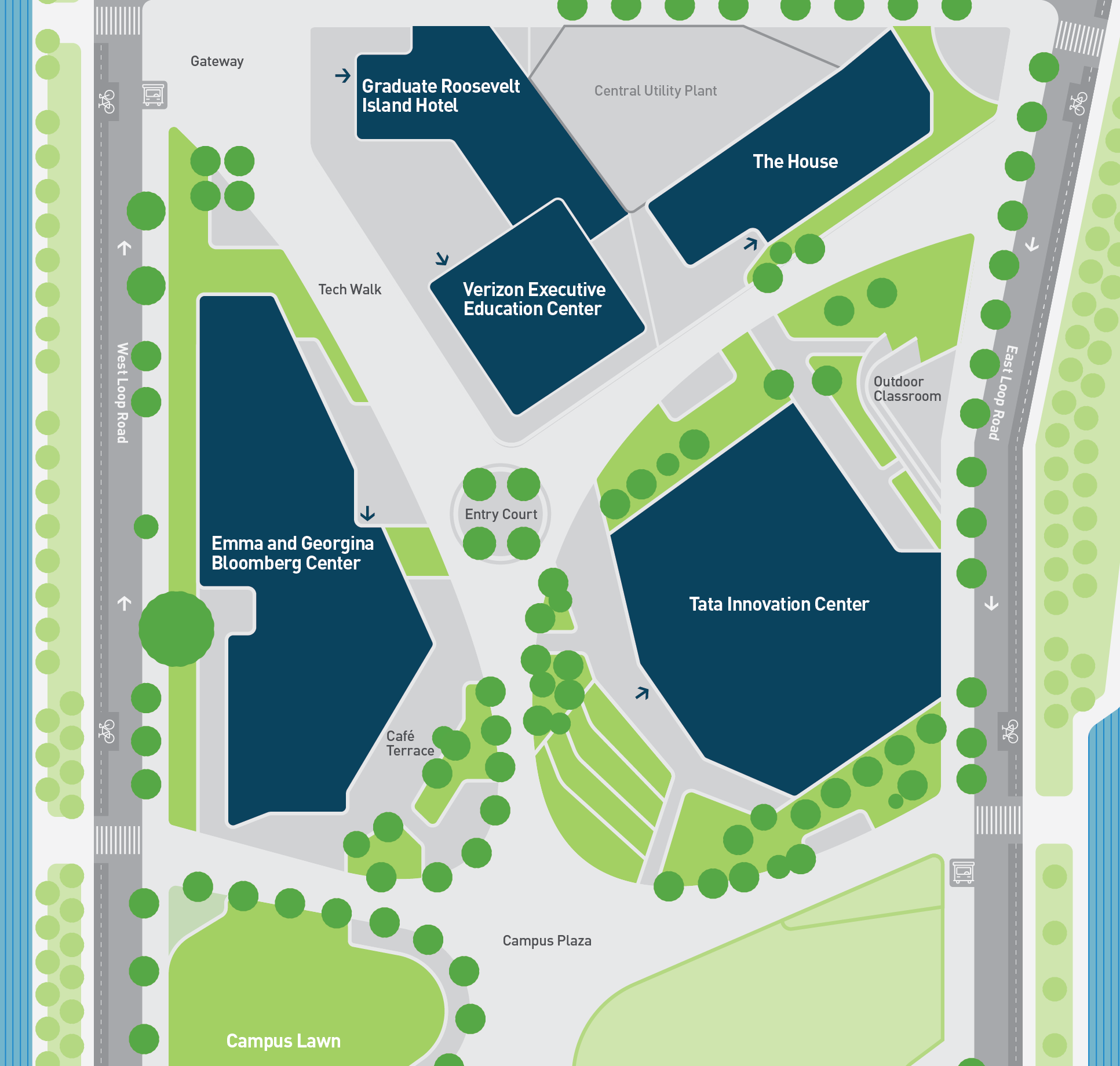 Go on a virtual tour of campus and learn about our programs.