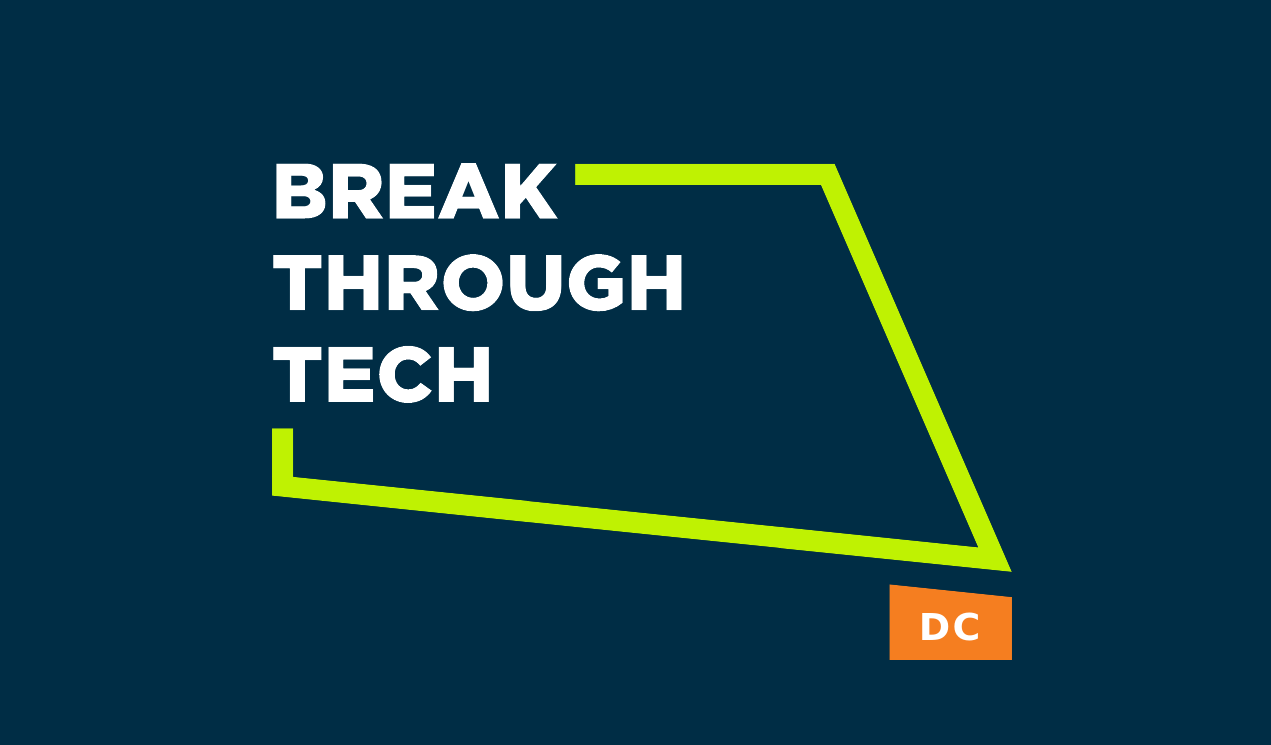 Supported by Pivotal Ventures, a Melinda Gates company, Get Cities will help grow tech ecosystems that have gender equity at the core of how they educate, select and promote talent

Established at Cornell Tech, Break Through Tech expands its program to new hubs around the country to bring gender equality in tech

Washington, DC — Gender Equality in Tech (GET) Cities, led by SecondMuse and Break Through Tech in partnership with Pivotal Ventures, today launched GET DC as its next city hub. As part of Pivotal Venture’s $50 million investment in GET Cities, GET DC will work collaboratively with the metro region’s tech ecosystem to propel more women and underrepresented groups into tech education, careers, and leadership.

“The tech industry impacts all of us, which is why it needs to include all of us—especially women and other underrepresented groups,” said Dr. Renee Wittemyer, Pivotal Ventures Director of Program Strategy and Investment. “We are excited that GET Cities is coming to the DC Metro Area to help accelerate women’s representation and leadership in this growing tech hub. Great ideas can come from anyone, anywhere, which is why it is critical to support tech talent across the country.”

The combination of the current economic crisis brought on by the COVID pandemic – along with the growing national awareness of inequities across gender, race, and other underrepresented identities in society – make this a critical time to scale a movement toward equity in tech. Tech is an industry with the growth potential to support the kind of economic empowerment that should be available to all of us, and women and other underrepresented groups bring essential skills and experience to build a thriving economy.

GET DC will build on the model of the first city of the initiative, GET Chicago, to create an inclusive tech economy by focusing on three key pillars — academia, industry, and entrepreneurship . Specifically, it aims to:

When selecting a new hub, GET Cities looks at the broad state of gender equity in tech and identifies cities that have strong diversity and the opportunity for impact. DC consistently ranks as one of the best cities for tech due to its growing tech talent pool, proximity to federal government infrastructure and data centers, and the number of Fortune 1000 companies headquartered in the metro area. GET DC is committed to working in the DC Metro Area to accelerate the representation and leadership of women and other underrepresented people in tech, with the mission of supporting the growth of an inclusive tech economy.

“When looking for the right levers to pull to accelerate the influence of women, trans, and non-binary people in tech – particularly Black, indigenous, and people of color – we want to be able to make an immediate and real impact. We see a lot of opportunity in the DC Metro Area because of its ongoing investments in its regional tech economy and its work around equity with regard to gender and race. And we’re excited about building partnerships across advocacy to add to our ecosystem approach currently focused on academia, industry, and entrepreneurship.” Leslie Lynn Smith, National Director GET Cities

Break Through Tech, a national initiative that began at Cornell Tech in New York City, will bring together the supply side (academia) and the demand side (industry) to build an ecosystem where more women are graduating with relevant degrees today and finding an inclusive career environment waiting for them for years to come. In Break Through Tech’s founding city, the program partnered with the City University of New York, which saw an increase in the number of women pursuing computer science degrees by 61% since Break Through Tech New York launched in 2016.

Break Through Tech chose George Mason University and the University of Maryland, College Park to launch a cross-institutional collaboration with the goal of increasing women graduating with a tech degree by 12.5 percentage points at each university by 2026. Break Through Tech’s immersive program will include (but is not limited to): summer programming to ignite interest in tech; new introductory computer science courses designed to encourage inclusion; innovative internship programs to provide real world experiences early in college; and the development of a networked community of women in the DC Metro Area to support, engage, and motivate one another.

“GET DC will impact an emerging tech hub that’s bustling with opportunity for women and underrepresented groups in an industry that continues to trend more male and white. Break Through Tech will work towards tackling two key hurdles  for women — access and experience,” says Judith Spitz, Founder and Executive Director at Break Through Tech. “Thanks to our GET Cities partner Pivotal Ventures, and Break Through Tech’s additional national expansion funders Cognizant U.S. Foundation and Verizon, our program will continue to reach new hubs around the country, building a more inclusive tech economy.”

“Computer science is a growing and lucrative field, yet less than 20% of computer science degrees in this country are awarded to women,” George Mason University President Gregory Washington said. “George Mason is the largest producer of tech talent in Virginia, and this partnership with Break Through Tech will provide additional opportunities for women to excel in computer science, broadening the capabilities of the digital workforce.”

“The University of Maryland is committed to making computing inclusive and accessible for all,” said University of Maryland President Darryll J. Pines. “Break Through Tech will contribute to our efforts with programs focused on increasing the graduation rate and success of the nearly 1,000 women in our computer science and information science majors.”

GET Cities will announce its third city later in 2021. To learn more about GET DC and GET Cities and to get involved, please visit: https://www.getcities.org/

GET Cities is an initiative designed to accelerate the representation and leadership of women in tech through the development of inclusive tech hubs across the United States. Launched in 2020, GET Cities is led by SecondMuse and Break Through Tech, in partnership with Pivotal Ventures, the investment and incubation company  created by Melinda Gates. Now in Chicago and the DC Metro Area, GET Cities will launch its third city later in 2021.

SecondMuse is an impact and innovation company that builds resilient economies by supporting entrepreneurs and the ecosystems around them. They do this by designing, developing, and implementing a mix of innovation programming and investing capital. From Singapore to San Francisco, SecondMuse programs define inspiring visions, build lasting businesses, and unite people across the globe. Over the last decade, they’ve designed and implemented programs on 7 continents with 600+ organizations such as NASA, The World Bank, and Nike. To find out more about how SecondMuse is positively shaping the world, visit: www.secondmuse.com.

About Break Through Tech

Launched at Cornell Tech, with support from Pivotal Ventures, Cognizant U.S. Foundation, and Verizon, Break Through Tech provides curriculum innovation, career access, and community building for women in tech. The program originated in 2016 as a program called Women in Technology & Entrepreneurship New York (WiTNY), created at Cornell Tech in partnership with the City University of New York (CUNY) and a broad set of industry partners. Now Break Through Tech is replicating the highly effective ecosystem model originated in New York City to increase women’s representation in computing graduates across the United States. To date, the program is in New York City, Chicago, and the DC Metro Area.

Break Through Tech Expands to Miami!