Vikram Krishnamurthy, Professor in the School of Electrical and Computer Engineering (ECE) at both Cornell Engineering in Ithaca and Cornell Tech in New York City, is taking what he knows about statistical signal processing and applying it to human decision making in social networks. Krishnamurthy comes to Cornell after many successful years at the University of British Columbia (UBC) in Vancouver, Canada.

“Cornell is an exciting place to be,” says Krishnamurthy. “ECE has a very strong research group which works in areas similar to mine, and my affiliation with Cornell Tech means I can be involved in this revolutionary new approach to graduate education.” 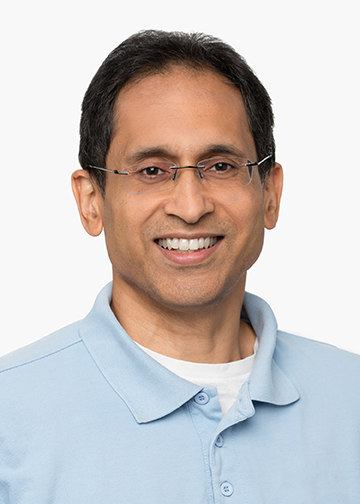 Krishnamurthy received his undergraduate degree in electrical engineering from the University of Auckland, New Zealand. He earned his Ph.D. from the Australian National University, Canberra and then taught at the University of Melbourne for ten years before moving to UBC, where he was a professor and Canada Research Chair in Signal Processing in the Department of Electrical and Computer Engineering.

These days, Krishnamurthy has two main research threads that pique his curiosity and occupy his time. The first, as mentioned above, is applying statistical signal processing as a tool to understand and predict human behavior in social networks. The other uses statistical signal processing and stochastic optimization/control to improve the abilities and performance of biosensing devices.

“About eight or nine years ago I started thinking more about behavioral economics and how I might be able to use what I knew about signal processing to combine it with the ideas underlying behavioral economics,” says Krishnamurthy. Behavioral economics is a way of analyzing human economic decision-making by taking into account psychological insights into human behavior. “It makes sense because at one level, people really are complex social sensors and I was accustomed to working with sensors.” Krishnamurthy began to work with a Vancouver company that used machine learning to help maximize YouTube video views for their clients. He was inspired by what he learned from that experience to ask the bigger question: How can we understand human beings as social sensors who interact and influence each other?

“The typical 18-year old spends up to six hours a day on social media,” says Krishnamurthy. “All those interactions have an effect. And we can use mathematical analytical tools to help explain some of the effects.”

Highlighting the broad range of fields where statistical signal processing can be useful, Krishnamurthy has also been collaborating with the creator of a bio-electronic device consisting of an artificial cell membrane and an exquisitely sensitive general purpose sensor. “This device is able to detect substances in miniscule quantities,” says Krishnamurthy. “There are many possible uses for the device.” Krishnamurthy’s research helps the device identify quickly and accurately the source of signals detected by the sensor. “It could be used to look for the presence of explosives or certain pathogens or to test stem cells for flaws. It has the potential to be incredibly useful.”

Krishnamurthy is happy to be in New York, delving into questions that excite him. “I am looking forward to graduating outstanding students,” says Krishnamurthy. “That is the biggest and best legacy for any academic researcher. I am also excited to pursue my research into the intersection of behavioral economics and signal processing as well as my research at the human—sensor interface. This has been an exciting move for me and I am looking forward to what I can accomplish here with students and in my research. Also at Cornell Tech we are designing a brand new Masters program from scratch which has exciting possibilities.”